Our presented object is a bronze head in the style of the Greek Hellenism or Roman art with the measurement of 33 x 24 x 23 cm. It depicts the head of a mid-aged man with curly hair and a beard. 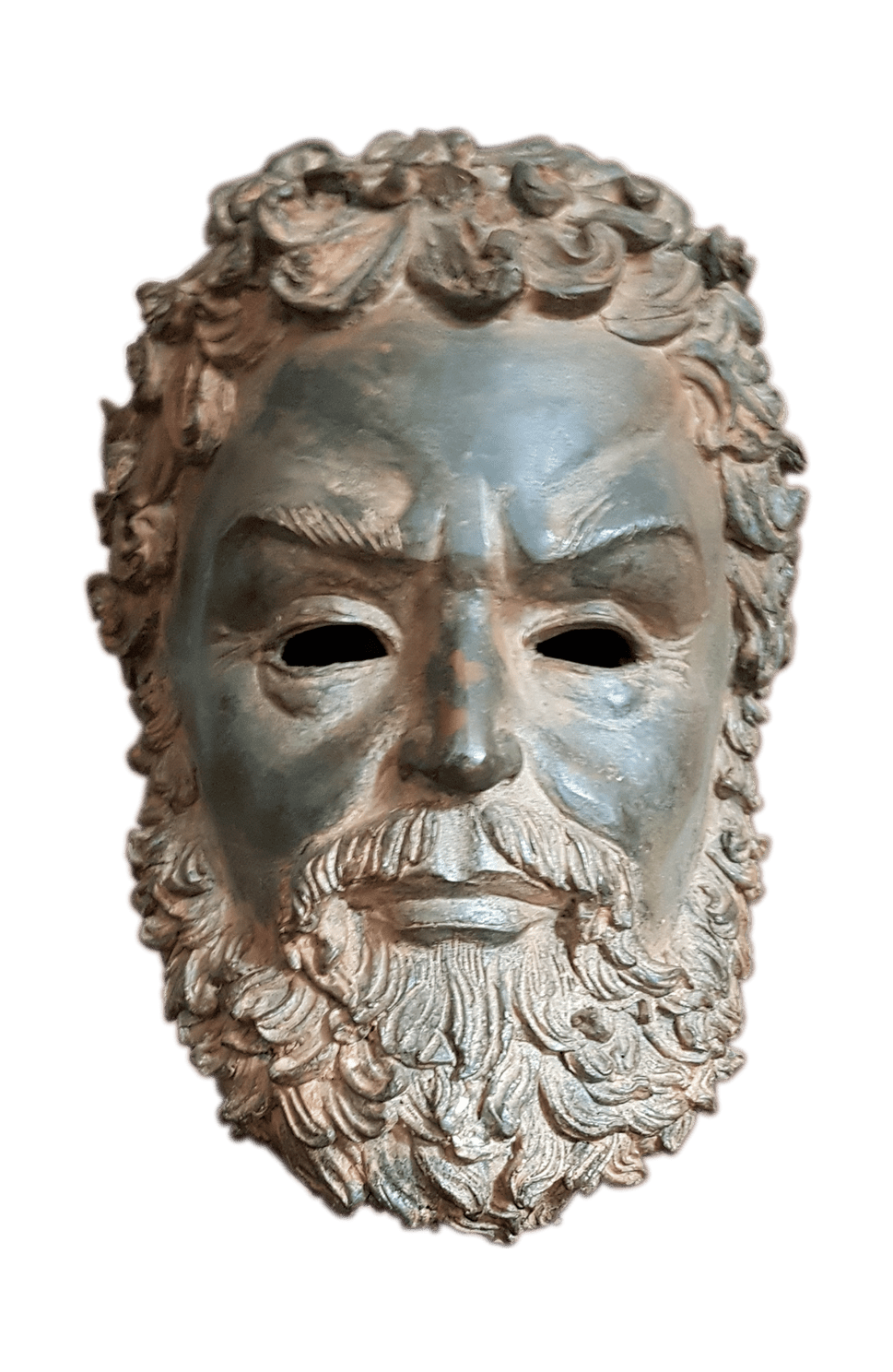 During the eighteenth century, the ‘Grand Tour’ became an obligatory requirement of aristocratic status and refinement for men and women alike. The idea was that the journey, which could take over three years, would educate the individual in the ways of the world; culture, history, and sociability. Moreover, the studious observer would be able to recount their experiences to those less fortunate who were unable to travel, which therefore encouraged a sense of educational obligation.

The recalling of Grand Tour travels was an essential component of eighteenth-century sociability and an indulgent, but a frequent topic of conversation in an era where conversation was perhaps the key tool of social intercourse. Samuel Johnson observed in 1776 that

“A man who has not been in Italy, is always conscious of an inferiority, from his not having seen what it is expected a man should see”.

In this way, the Grand Tour reflected many aspects of the so-called ‘Renaissance Man’ which essentially equates knowledge to status and power.

One of the results of such a quest for knowledge and self-fulfillment, was the abundance of European fine and decorative arts in England, as these Grand Tourists rather liked to bring back souvenirs as visual manifestations of their supreme education. Many of these were representations of ‘modern day’ cities that they had visited, however, there were several rediscoveries of classical antiquity over the course of the eighteenth century, such as Pompeii in 1748, which fuelled the centrality of antiquity within taste and fashion.

This encouraged the crafting of objects in direct imitation of their genuine, ancient counterparts, such as Boschetti’s bronze sculptures, Wedgewood’s Portland Vase and Battoni’s portraits of Grand Tourists in classical ruins, which filled the homes of England’s wealthiest subjects.

Typically, a route included travel through Belgium, France, Switzerland, crossing the Alps to Italy and beyond to Greece and Egypt where they would then return to England via Austria, Germany and the Netherlands. The Grand Tour remained a staple of elite education throughout the early nineteenth century and was soon made even easier after the arrival of railways. Whilst this cheaper mode of transportation enabled more people to undertake a Grand Tour of sorts, it remained a symbol of wealth and prestige.

Today, the legacy of, what is essentially an eighteenth-century ‘Gap Year (or two)’, is the presence of many superb European fine and decorative arts within English collections. Despite their appeal to Grand Tourists, these objects were made by highly skilled artisans and had to be exceptional to appeal to the wealthiest members of English society. Amassed from all over Europe, they represent a key moment and social practice within history and their persistent popularity is a testament to both the continual attraction towards classicism and the pursuit of collecting itself.

This website uses cookies to improve your experience while you navigate through the website. Out of these, the cookies that are categorized as necessary are stored on your browser as they are essential for the working of basic functionalities of the website. We also use third-party cookies that help us analyze and understand how you use this website. These cookies will be stored in your browser only with your consent. You also have the option to opt-out of these cookies. But opting out of some of these cookies may affect your browsing experience.
Necessary Altijd ingeschakeld
Necessary cookies are absolutely essential for the website to function properly. These cookies ensure basic functionalities and security features of the website, anonymously.
Functional
Functional cookies help to perform certain functionalities like sharing the content of the website on social media platforms, collect feedbacks, and other third-party features.
Performance
Performance cookies are used to understand and analyze the key performance indexes of the website which helps in delivering a better user experience for the visitors.
Analytics
Analytical cookies are used to understand how visitors interact with the website. These cookies help provide information on metrics the number of visitors, bounce rate, traffic source, etc.
Advertisement
Advertisement cookies are used to provide visitors with relevant ads and marketing campaigns. These cookies track visitors across websites and collect information to provide customized ads.
Others
Other uncategorized cookies are those that are being analyzed and have not been classified into a category as yet.
OPSLAAN & ACCEPTEREN